We were inspired by one of the typical figures of the Milanese popular tradition.
El Barbapedana was a well-known storyteller and street musician, who went around the taverns of the city and entertained his guests with folk songs and nursery rhymes.

Enrico Molaschi, known as el Barbapedana, a famous storyteller and itinerant player of the 1800s, who used to travel around the city’s taverns, is one of the many typical Milanese figures who meet in this precious and tasty Dictionary of Milanese and Lombard slang compiled by the journalist and writer Nino Bazzetta da Vemenia (1880-1951).

Published in 1927, the one we propose here – in anastatic copy, enriched by a rich iconographic apparatus and by in-depth information sheets – is the 1940 edition, in which, in addition to the collection of slang terms (those of the gangster, of the chimney sweeps, of the umbrella makers…), there is a wide repertoire of “nicknames, types, ” of inestimable documentary value, which allows us to (re)discover Milan between the 1800s and 1900s, with its most emblematic places, its wise ways of saying, its lively popular soul. 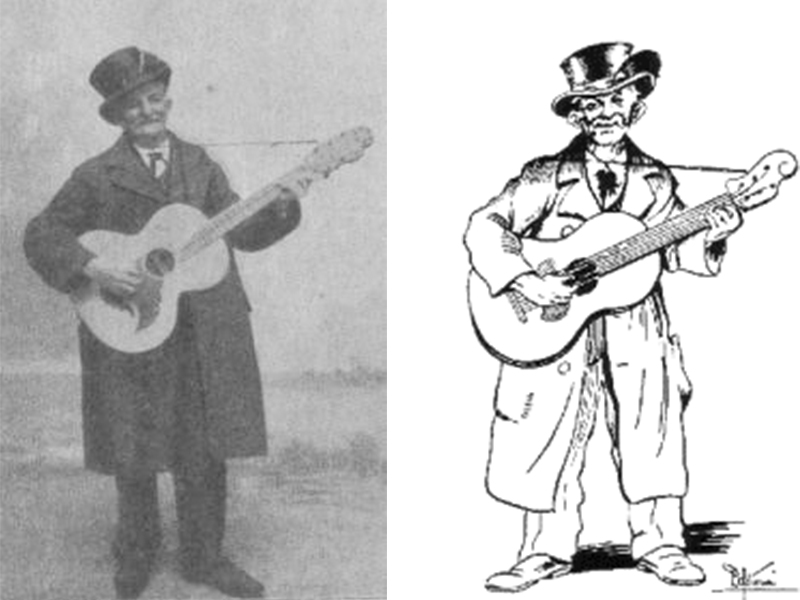 Dictionary of Milanese and Lombard slang

Published in 1927, the one we propose here – in anastatic copy, enriched by a rich iconographic apparatus and by in-depth information sheets – is the 1940 edition, in which, in addition to the collection of slang terms (those of the gangster, of the chimney sweeps, of the umbrella makers…), there is a wide repertoire of “nicknames, types” of inestimable documentary value, which allows us to (re)discover Milan between the 1800s and 1900s, with its most emblematic places – tici, its shrewd ways of saying, its lively popular soul. 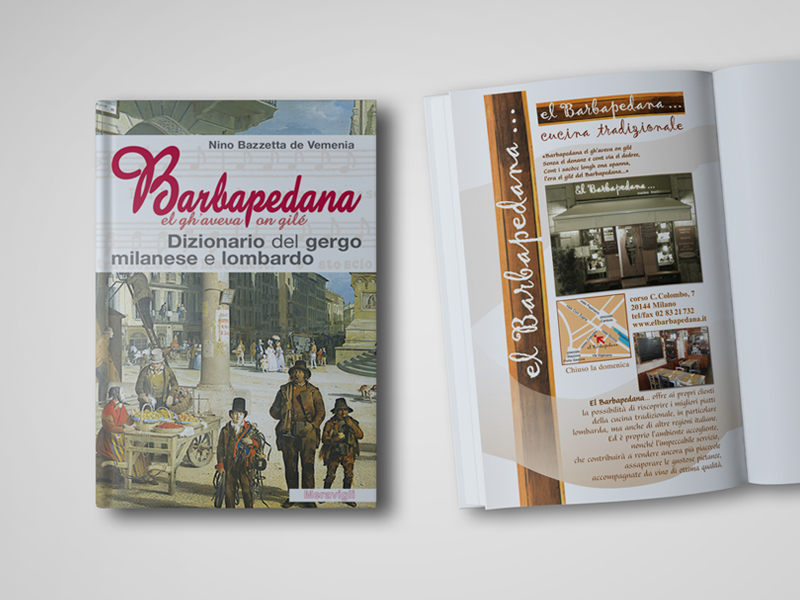 Cuisine and painting, two forms of art that come together.
Every month we give local artists the opportunity to exhibit their paintings in our restaurant.

Art space curated by the artist Annamaria Sironi.
Artist of the month  from 4 October to 10 November 2019 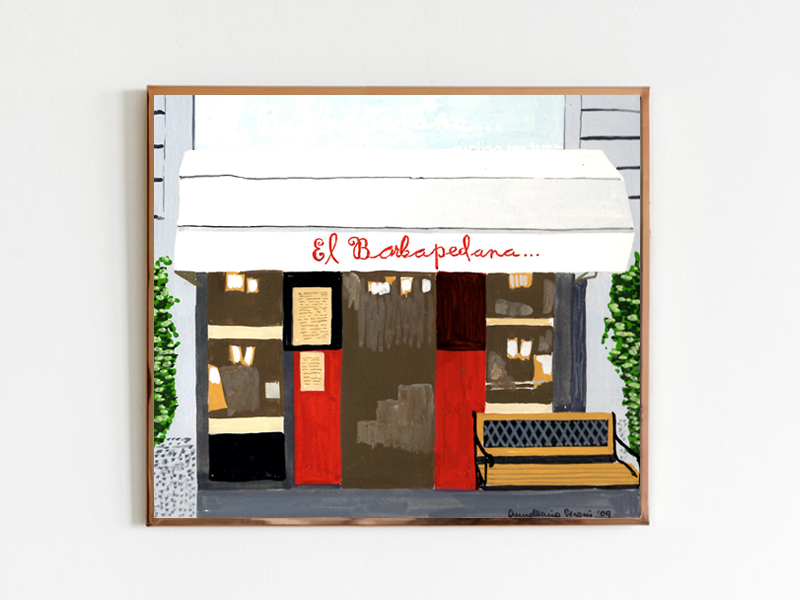 A complete dish, which from the Lombard city has spread throughout Italy. The name comes from the dialect “oss bus”, hollow bone.

Like panettone, saffron risotto, or risòtt giald, can also be considered a culinary symbol of the city. Its history is linked to the Fabbrica del Duomo, in which hundreds of artists took part.  In 1574 Mastro Valerio di Fiandra worked on the stained-glass windows of the Duomo.
He had as his assistant a young man who was so passionate about saffron that he always added a pinch of it to whatever colour he was using – since the addition of such powder made it possible to obtain wonderful effects – to the point that he himself deserved the nickname of Saffron.

Often, joking, the master would apostrophe the young man, and predict that sooner or later he would add saffron to the risotto.  Up to that moment the most common condiment for dishes was butter, while in the most luxurious banquets a thin gold leaf was used for decoration – the Milanese Chronicles of Bernardino Corio describes the sumptuous wedding dinner of Violante Visconti with Lionello Plantageneto, which took place in 1386, where the illustrious guests (including Francesco Petrarca) were served numerous animals entirely covered with a sheet of pure gold, which the traditional medina recommended to use to help the heart system.

On the day of the wedding of Mastro Valerio’s daughter, the young assistant decided to make the risotto surprising to eat, so he agreed with the chef and added some saffron.  In this way the dish acquired a new flavor and a beautiful golden yellow color, a symbol of joy and therefore appropriate to the circumstance.
There are those who suggest that the gesture was actually a way to boycott the wedding, being in love with the young bride, but in the end this turned against him, because it decreed the success of this new recipe. 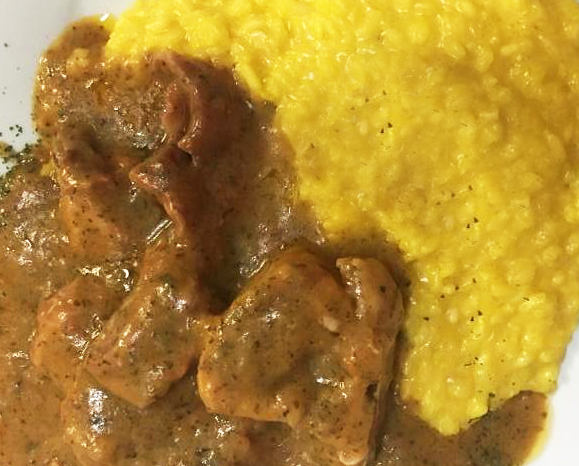 In the middle of an old dispute with the Austrian Wiener Schnitzel, it is one of the most famous Milanese dishes.

In the traditional Milanese version, it is a well-prepared chop with bone, also known as “elephant’s ear” because of its characteristic flat shape that makes it crunchier, breaded and fried in abundant foamy butter.

In the original recipe, the butter is also poured on the finished dish:
today this step is often skipped. 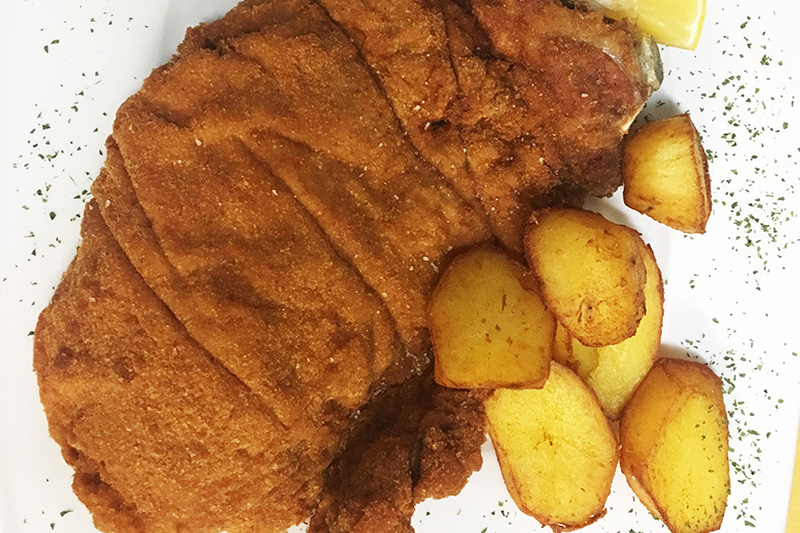 Also known as Verzada, it’s important to define its origin: it has many similarities with some French stews and with Spanish dishes.

It is believed to be linked to the cult of St. Anthony the Abbot, celebrated on January 17, the date that marked the end of the period of slaughter of pigs, the combination of ingredients such as meat, sausages and vegetables is in any case typical of Celtic culture and traditionally it is thought that the Casoeula (or Cassoeula or Cassola, from the name of the casserole that contains it) should be prepared when the cabbage is frozen from cold in the fields. 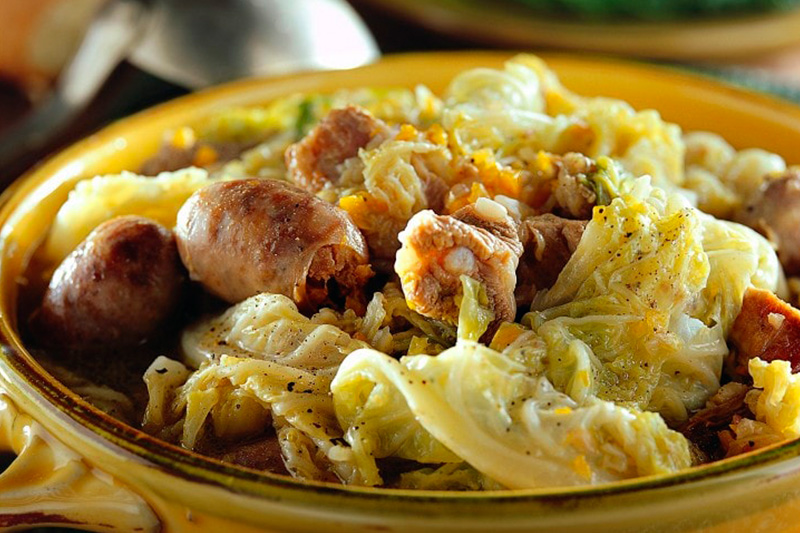 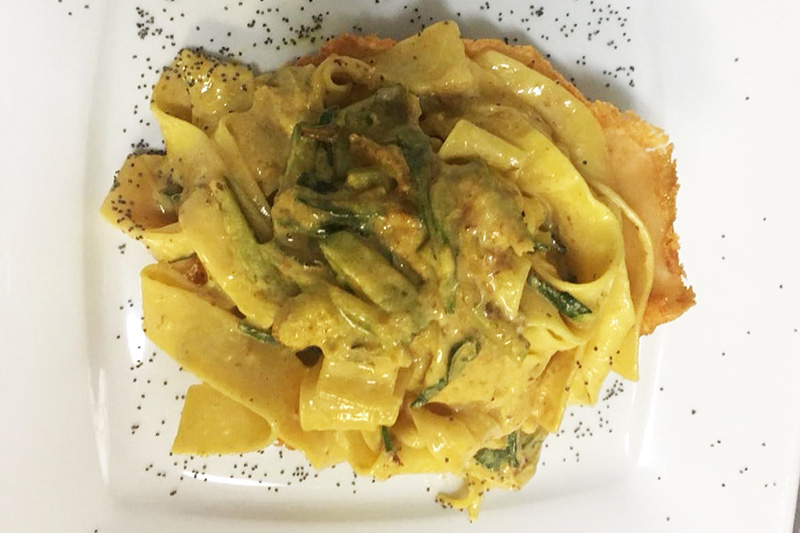